Provoked dentist pulls out all of her ex-lover's teeth 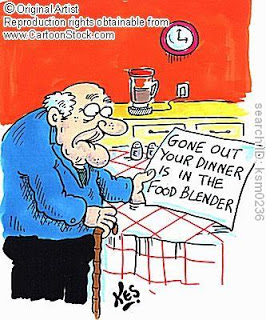 Dentist, Anna Mackowiak (34) was rejected by her boyfriend, Marek Olszewski (45).
Amazingly, he then came to his ex-girlfriend Anna Mackowiak surgery for dental treatment because he had a bit of a headache. She gave him an anesthetic and then she proceeded to pull all his teeth out. She bandaged him well and sent him off home warning him he would need specialist care as there were complications. When he could not feel his teeth she told him this was because of the anaesthetic. Once at home he discovered the truth and used a lot of swearing none of which led to any improvement in his dental condition..

New girlfriend left him because she could not cope with a man without teeth. What about not being able to cope with an ex-girlfriend like Anna Mackowiak?

Now dentist Anna Makowiack has to endure disciplinary proceedings. We hope her regulator would take into account mitigating circumstances:

1. She was provoked beyond endurance. Not only did the man leave her but he also came to her so she could make him more attractive to his new girlfriend. He had toothache and probably this was due to rotting teeth which do have bad odor.

2. He took her for granted and came to his ex-girlfriend expecting her to serve him as presumably she did before. This man does not respect the boundaries and ended being a victim as well as victimizing his girlfriend.

3. It is not advisable to be treated by the person you have just harmed. There are limits to what any human being can endure.

4. There is great deal of energy in anger.

5. Here is the quote from Cato:  An angry man opens his mouth and shuts his eyes.
Cato

6. Teeth are symbolic of aggression, dominance but also sexual power.

Posted by Doctors4Justice at 06:34 No comments: Links to this post 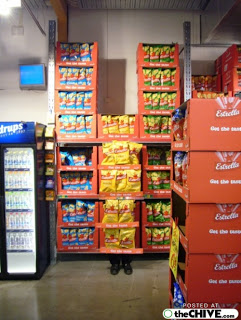 Doctors4Justice wrote to Mr Paul Philip at the General Medical Council to ask him a couple of questions about his policy for investigations of complaints against doctors. The policy we identified which in our opinion is a policy of indirect racial discrimination (against locum doctors as the majority are from ethnic minorities) and against private practitioners (against private enterprise, I guess). The policy essentially, states that those who are in private practice or locum doctors must be investigated immediately by GMC if there is a complaint against such a practitioner while other doctors can be referred to the local procedures (i.e. National Health Service i.e. state trusts to investigate). For several months Mr Paul Philip could not be contacted.

Mr Paul Philip never replied to us but here is Ms Rowland defending him. This is what she wrote:

Posted by Doctors4Justice at 05:32 No comments: Links to this post 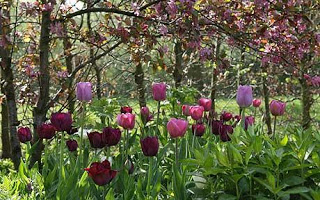 In 2009 Doctors4Justice campaigned for changes in policies regarding locum doctors.

REC (Recruitment and Employment Confederation) is confederation of employment agencies. There are different sectors corresponding to different industries. Medical Sector Group had Code of Practice for locum doctors which reflected in a number of ways what Department of Health produced in their own Code of Practice in the Appointment and Employment of HCHS Locum Doctors produced in August 1997.

Dr Helen Bright complained that the code of practice had a number of sections which were problematic and unlawful. For example in 4. c of Medical Sector Group Code of Practice it was stated:

So, the only thing employer had to do is to withold the assessment form for right or wrong reasons and livelihood of doctor was ruined. Civil rights of locum doctors were thrown out of the window.

Some doctors work in situations where it is not possible for other doctors comment with confidence on their work because they have not observed it. For example, other doctors may not have seen the work of the locum doctor with patients to know about his/her clinical skills yet they would have been asked as clinical/medical directors to complete the work assessment form for locum doctors. Clinical directors and medical directors did not want to spend days investigating the performance of locum doctors so the easiest thing to do was not to give work assessment forms to medical locum agencies.

Section 4d of Code of Practice for Medical Sector Group:

In recruiting doctors the agency shall ensure that:each doctors professional references are satisfactory and current. (i.e. at least one reference must be from the most recent employer).

There were instances when medical directors provided inaccurate references for locum doctors. For example, a reference could truthfully state that there have been complaints against the locum doctor but omit to say that these complaints were not investigated. Locum doctors were expected to allow locum agencies to distribute such inaccurate information to their potential future employer. It breached Data Protection Act 1998. Processing of personal information should be fit for purpose and data should be accurate.

In recruiting doctors agency shall ensure that:each doctor is registered with General Medical Council and that he/she is required to declare any pending proceedings by the GMC against him/her at the time in the future. The agency should check that the doctor has not been suspended, or is only permitted to practice under prescribed conditions.

Doctors were expected to report any pending proceedings before the General Medical Council. However, for many months GMC could investigate and doctors would not have the slightest idea as they have not been informed of the complaints by anyone including GMC and did not even know at the time there would be any proceedings.

The effect of placing conditions on doctors practice or mere mention of past GMC hearings had devastating effect on job prospects of locum doctors. NHS refuses to employ doctors who have any difficulty with GMC if they have the choice of doctors who do not have such a problem. Any prospective and current employer would be informed of allegations before GMC even if these allegations are not true.

n 2009, REC changed their policy to a common policy for all recruitment agencies which appears to be fair and is in keeping with the law.

DoH has continued to deny to present day that there has been anything unlawful about their policy Code of Practice in the Appointment and Employment of HCHS Locum Doctors published in August 1997.

The General Medical Council's Fitness to Practice: Referring Complaints to Local Procedures policy maker was contacted by Dr Helen Bright but GMC were not able to state that day or for several more days if their policy on investigation of locum doctors was still the same.

GMC policy stated that if GMC received complaints about locum doctors they had to investigate them. Complaints about doctors in substantive NHS posts were referred to local procedures.

GMC described locum doctors as peripatetic locums stressing movement from place to place. Locum doctors have to travel to comply with their work assignments which could be all over the country. GMC placed locum doctors on the same list as those who committed crimes (paragraph 14). It is a bit like Roma people were criminalized in 1530 by Egyptians Act leading to their expulsion from England. Here is part of GMC's paragraph 14 of their policy Fitness to Practise: referring Complaints to Local Procedures:

The GMC's core statutory role means that there will be many categories of case where it is immediately clear that we will need to investigate. These cases include:

So, if any rubbish complaint reaches GMC about a locum doctor their livelihood can be destroyed because of their status as a locum doctor. That is not in public interest.

Department of Health dislikes agencies as they charge commission and NHS has to pay it and they have not planned for such expenses.

Human being can have poor anger management. When expectations are not met the result could be anger against locum doctors. Expectations are that locum doctors should have no opinions, not criticize anyone or any practice, work for far less money, not work through agencies which charge commission and leave the country preferably as soon as possible. The majority of locum doctors are from ethnic minorities.

Destroying locum doctors careers through sham peer reviews by regulator (GMC) who placed either punitive conditions on doctors' practice preventing locum doctors obtaining any employment led to loss of lives in a situation where there is already established fact that there is shortage of doctors. Some doctors were simply suspended and then erased having never harmed anyone.

Posted by Doctors4Justice at 02:15 2 comments: Links to this post

Email ThisBlogThis!Share to TwitterShare to FacebookShare to Pinterest
Labels: Doctors4Justice won change in Code of Practice for medical locums with REC

Created by: OnlineITDegree.net
Posted by Doctors4Justice at 13:35 No comments: Links to this post