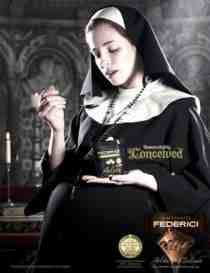 It appears to me that there has not been enough exposure of sexual hypocrisy secondary to religion. Prohibition of sexual activity outside marriage is just too much to cope with for many men and women. Both sexes employ psychological defenses to deal with the wide gap between what they say and what they do.
Only a very small number of women who are also active in politics received recent media exposure of their sexual hypocrisy.
The dysfunctional tendency to avoid conflict has also led to the silence on the subject eg in the case of Mr Julian Assange whose appeal against the international warrant issued by a Swedish court to summon him to answer allegations of sexual coercion has caught my attention.
In his case he appears to have had sex with some female Christian political activists.

Men can also make false allegations of sexual coercion. It happened to me years ago when a man claimed I seduced him against his will. I dumped him after telling him exactly what I thought about it. He cried but preferred to keep his victim status ever so popular in Christianity and in other religions. Taking responsibility for own beliefs is not something religious people rush to do.

Some men run a high risk of all sorts of allegations which are more likely to lead to court proceedings because there is a sexist attitude to men who can be perceived as more aggressive compared to women and therefore more likely to commit crimes. Even greater suicide rate in men is explained by some as being due to men taking violent means to do it with. The higher rate of suicide in men, actually, could be due to the neglect that men suffer. Mental anguish is dismissed as weakness of character and depression is not diagnosed or treated as it should be due to gender bias in diagnosis.

Excessive investments made for the purpose of controlling female sexuality as in many of the dying religions even today is reflected in the institutional bias towards religion (schools, courts, commercial enterprises) which have failed to act in keeping with the new values and laws of equality.

It may be hard to accept it but there is a price for everything. With more women in all professions including law one will now have to be on the look out for sexist attitudes from women. I can foresee that tests would have to be designed to screen out those who have attitudinal problems based on gender and religion before they are given any judicial position.
The obvious question is how many judges would be left in their jobs if they were tested, and found to be deficient?

Sexual hypocrisy is common and not always obvious either. It can appear as cultural values such as excessive tolerance towards the expression of religious values (confusion) no matter how much suffering it causes to the victims. People tend to avoid attacking religious sexual hypocrisy in fear that somehow they will be perceived as intolerant or that the conflict would enlarge beyond the ability to handle it. However, one has to tackle those issues as there is no other option.
Posted by Doctors4Justice at 02:42

Email ThisBlogThis!Share to TwitterShare to FacebookShare to Pinterest
Labels: Sexual Hypocrisy and Religion

Sexism live and kicking in the world. But more and more women are learning to use their power to get what they want. Both ways .