Holy Motors is a Franco-German film directed by Leos Carax. The main character is Monsieur Oscar (actor Denis Lavant) who is driven around Paris by his associate (actor Edith Scob) in order to attend to his appointments.

In his limousine he has a a range of costumes and make up. He assumes extraordinary roles throughout the day. His fantasies are acted out, mixed with his unconscious mind processes which becomes visible on the screen to the viewer.

This is an intellectually stimulating and entertaining film. Please, see it if you get a chance. It may be a good idea to view the film with a group of friends and have a lively discussion afterwards what the film was about over drinks.

The photograph above is of Monsieur Oscar's associate, who at the end of a very, very long day puts on her mask before she goes to her home. The limousine is left in a garage called Holy Motors.

When humans have gone home cars engage in a political conversation. They fear they are outdated like human beings and due to be replaced.

Posted by Doctors4Justice at 06:46 No comments: Links to this post Under new proposals insurance companies in UK plan to deal only with their own expert witnesses that they approve. Insurance companies have already refused very competent experts as soon as there are allegations (true or false) put to medical regulator against an expert.
While it is understandable that insurance companies want to reduce their losses the facts of the matter are that experts are expert by the nature of their qualifications and experience. Biased attitude can override expertise when, for example, experts act as "hired guns" in real life although this is against Court Procedure Rules.
There are such biased experts and it may be necessary for courts to eliminate them by Order prohibiting court work. Insurance appointment panels would not have the required competence or independence to judge experts. Judges need the evidence and they do rely at times on other expert telling them the other expert is corrupt. Those who are registered with medical regulator are likely to be very collegiate i.e. conformist in order to preserve their own position as registered medical practitioner.Medical mobbing is a phenomenon that has not been addressed by Judicial College in their training of judges and dysfunctional culture in UK needs to changed along the radical changes to NHS in keeping with EU law.
Posted by Doctors4Justice at 04:58 No comments: Links to this post

Whistle-blowing and public interest in UK Shadow Health Secretary Andy Burnham accused the government of "top down bullying" in the case of a protest by some doctors in Cumbria  (Professor John Ashton and others) who complained about re-organization in NHS in 2012. However, Andy Burnham refused to meet with whistle-blowers when he was in power in 2010.While some whistle-blowers lost everything he is still collecting his salary and so are others in his party who actively persecuted whistle-blowers by action or refusal to do what what was in their power to do.

Posted by Doctors4Justice at 01:49 No comments: Links to this post Pope has resigned with effect from 28-2-2013. While traditional media have reported this as a shock development it is not a shock to those who campaigned for years that he should resign following scandals of sexual abuse by clergy, and various allegations involving administration of Catholic Church such as cover ups of criminal acts.

Apparently, this resignation by a Pope is the first time this has happened in about 600 years.

Christopher Hitchens wrote in 2010 HERE  about some of the very serious problems with Vatican.

Posted by Doctors4Justice at 04:17 No comments: Links to this post 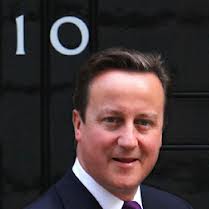 Today David Cameron British Prime Minister has called for prosecution of those who give wrong information to regulators following the publication of Francis report, inquiry into North Staffordshire NHS Trust. Doctors4Justice is aware that this is the right thing to do and are delighted at this announcement.

It is likely to lead to changes for the better in the society. Another consequence would be major shifts in who is allowed to regulate because regulators already know some of those who have been giving them wrong information.

Click on the photograph above to see and hear David Cameron's speech in Parliament and HERE to read Francis report. The reccomendations ar ein the Volume 1.
Posted by Doctors4Justice at 23:50 1 comment: Links to this post