Ms Naked Truth, UK Whistleblower wanted to meet with some government officials to yes, you guessed it, tell them some true things. They declined but we noticed that NHS's Dave is not wearing his tie on some official photos and that is as far as NHS Dave would go. He wants to be safe. 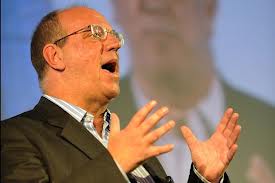 Another Dave is enjoying good family life, and the garden too. We wonder if it is designed according to Zen philosophy according to which only evil spirits travel in straight line. Therefore, in a small garden one would position stones and rocks to emulate a meandering stream. There is no need to have water, it is left to one's imagination.
Meanwhile. in the land of whistleblowers imagination is very much in place by dreaming of a better world and finding means to survive in a system where abuse of power is still much in evidence.
Posted by Doctors4Justice at 11:16 4 comments: Links to this post Dr Nidal Hassan has a Master's Degree in Disaster Psychiatry and yet he is alleged to have killed 14 people and wounded 32 at a military base in USA where he worked as army psychiatrist. Military trial is due to start on 12-10-2010 and it is thought that application will be made for death penalty. Last time this was done was 50 years ago i.e. a soldier got death penalty from USA army.

It is thought that defence would be that he suffered harassment prior to the shootings, was refused discharge from the army when he asked for it and that he suffered secondary Post Traumatic Stress Disorder (ptsd) from exposure to soldiers in his army psychiatric practice. He requested at one point that some of his patients be prosecuted for war crimes. He was a devout Muslim and the plan was to send him to Afghanistan!!!

During his psychiatric training he had to have extra counselling but was eventually passed by his supervisor.

There are various factors which are important in the development of secondary ptsd such as insufficient training, identification with victims, insufficient support in the workforce and insufficient social and familial support. It is thought by some that all four factors played their part in the case of Dr Hassan.

I cannot say for sure as I do not know the facts of the case sufficiently well.

However, there are other factors important in not being able to deal effectively when it comes to religious issues. Many people avoid such topics in fear of causing offence and I wonder what risk assessment if any was done in the case of Dr Hassan and others of whatever religion they may have had.

Another reason why there could be avoidance to do a proper risk assessment of religious employee is fear of conflict when it comes to religion. It is as if to say that anything can be said/expressed as long as it is called religion. Not so. There are laws limiting religious expression for example in European Convention of Human Rights.
USA has First Amendment in its Constitution. While there is right to express religion as an individual, US courts have interpreted that First Amendment limits what state employees can do. One can teach about religion as a teacher but not provide religious education in state schools or wear religious garb as a teacher in state school.

When it comes to limits and boundaries some people are confused and cannot work it out for themselves. In USA there are guide books on this topic (First Amendment) for teachers. I wonder what happened in USA army and if there will be a new guidance issued. I expect so after this disaster with Dr Hassan.

If American teacher can be dismissed for wearing religious garb why not a member of US army? Here is Dr Hassan wearing his religious dress (he was born in Virginia, where ironically First Amendment, I think , was written) but it is not clear form video if he did the same at his place of work when talking to his patients, soldiers. Uniforms present a barrier to communication with patients and none should have been worn when working with mentally ill. Religious dress is also a uniform, just the religious type. Doctors white coat is also a uniform and so on.
Posted by Doctors4Justice at 15:00 3 comments: Links to this post

Email ThisBlogThis!Share to TwitterShare to FacebookShare to Pinterest
Labels: Master in Disaster Degree in Psychiatry and Dr Hasan

Invitation to a Protest Members of the public remain unimpressed by the Department of Health
National Patient Groups 'Walk the Talk' about the National Health Shame and Cordially invite Andrew Lansley the Health Secretary to meet 1st September, 2010.

Mrs. Ann Reeves of the Gosport War Memorial Hospital Action Group www.gosportwarmemorialcoverup.spruz.com along with other members of her group will join forces with members of the NHS Reform Group and the NHS Complaints Exposed Group and present a petition " ELSIE'S LAW" and relevant papers to the Prime Minister at 10 Downing Street.

The 'Walk the Talk' will commence at the Law Courts in Aldwych, London at 12.noon 1st September, the silent protest will continue down the Strand, turn into Whitehall and proceed to Downing Street.

Mrs. Ann Reeves and her supporters from the Gosport War Memorial Hospital campaign will hand in a petition at 2.00p.m. asking for 'Elsie's Law' to be put in place to regulate the "Liverpool Care Pathway" in order to stop Drs and Nurses using the LCP for 'involuntary euthansia" :

Then Members of the NHS Reform Group www.nhsreformgroup.com and NHS Complaints Exposed Group www.nhsconmplaintsexposed.co.uk will hand in papers at 2.15p.m.

The date of this 'Walk the Talk' is significant to Mrs. Reeves and her continued Campaign for Justice for her Mother, in the fact that on this VERY day 1st September Hitlers' EUTHANASIA DECREE was drafted in 1939 AND it is the same date as when Harold Shipman the notorious euthanizing Dr. was charged with Murder in 1998. Mrs. Reeves is demanding on this same day the 1st September that Dr. Jane Barton is brought justice.

Mrs. Reeves says "My mother was NOT dying. Dr. Barton administered drugs without justification or logic" as proven by a Jury at the Portsmouth Inquest.

Mr.Miguel Cubells founding member of the NHS Reform Group says "We seek openness, transparency and justice instead of the current culture of denial. Perhaps only then can the NHS begin to 'Learn Lessons' and improve their systems across the board. We also want genuine support for NHS whistleblowers who are frequently labelled as 'troublemakers' despite the evidence to the contrary. They are subjected to hate campaigns, ostracized, criminalised, suspended and referred to Regulatory Bodies that behave like an insightless totalitarian regime.

Mrs. Janet Brooks member of NHS Complaints Exposed says "when the NHS make a serious mistake, they use every trick in the book to cover up failings. We are finding that more and more NHS Hospitals are making mistakes due to staff being inadequately trained and staffing levels being too low, but when a complaint is lodge, one finds the whole system is in denial and the complainant is damned".
Posted by Doctors4Justice at 17:19 2 comments: Links to this post

Email ThisBlogThis!Share to TwitterShare to FacebookShare to Pinterest
Labels: Announcements

In the last couple of weeks three people have jumped of a bridge and killed themselves in a small town in England. Well, at least press wrote about it. There were some well publicized suicides and even two people closely involved in its construction jumped from it.
During Labour Christian leadership suicides were hidden from public and doctors. A bit like hiding own sins. We do know that unemployment can lead to depression and increased suicide rates, so I can see why the previous government would want it hidden plus suicides are regarded as sinful by some religions.
American Army has a problem with suicides too. A report came out showing a number of factors to matter such as poor disciplinary regulatory accountability. That reminds some of us of poor accountability of medical regulator for a number of years.
In USA alone a doctor kills himself/herself everyday.
Unlike British who are famously hateful of women doctors, Americans at least acknowledge that the rate of suicides is equal in male and female doctors.
Every time I drive over the suicide bridge late at night I cannot stop thinking about some desperate person standing exposed to whipping wind at great height of the bridge, not feeling it or anything anymore before jumping. It is very creepy on the nights when wisps of fog move across carriageway like transparent chiffon dress with nothing in it.
Posted by Doctors4Justice at 16:20 2 comments: Links to this post

Recently BAPIO (British Association of Physicians of Indian Origin) has honoured a number of people some of whom have been criticised eg Professor Paice, and Professor Bhugra. (no picture of Professor Bhugra here, but Prof Paice is on the right picture)

This reminded me of this great video:

I love the cows in the videos, so holy in some parts of the world.

NHS London has some way to go to obtain equality in its policies and conduct of its staff. Professor Bhugra of the Royal College of Psychiatrists has been more silent than a fish in the sea when it came to Section 12(2) Approval Criteria under Mental Health Act 1983 where numerous discriminatory criteria exist. There has never been an acknowledgment or reply from this person to my letters or emails regarding the subject. Professor Bhugra, presumably, would like to continue to be approved by one of his colleagues for his own section 12.2 of Mental Health Act 1983 which he would need to work as a psychiatrist in most settings. Perhaps, he is not feeling discriminated against now on racial grounds as he has made it to the top of the professional ladder, so why should he bother about discriminatory policies against locum doctors the majority of whom are of ethnic origin.


Maybe, Professor Bhugra believes that it is best to do nothing sometimes as that in itself is quite rewarding, clearly.
Posted by Doctors4Justice at 06:39 1 comment: Links to this post