They say the hardest thing for a pilot is to land.

English pilot who boasted in Zurich cafe about his bombing of Belgrade in 1999 has been beaten up by Serbian man who overheard him and allegedly asked him:
"Do you know how many innocent people and children you killed?"
Allegedly, the reply was:
"Yes, so what".
Serb allegedly asked what if I did to you what you did at which point Englishman allegedly stood up.

Next there was a fight and now Englishman is in hospital and Serbian man is questioned by police.

Blic reported in another article that there have been yet another incident of Serbian man being beaten up in Kosovo. There is no Milosevic now to say: I will not let anybody beat you up.

Serbs will never give up Kosovo and now their alliances are different, it is likely that NATO will have to pull out of at least one of their bases as better knowledge is acquired on how the civil war arose in former Yugoslavia..(as if it did not exist for a long time how wars are made) 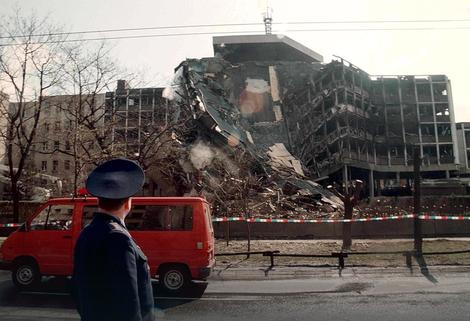 Posted by Doctors4Justice at 10:55 No comments: Links to this post Lion fish are highly lethal to humans but here is one in the Italian waters on the day of Brexit. No border controls here!!

Once while scuba diving in Red Sea I had about ten swimming just below me.

These fish are not just beautiful but smart too. They do not attack if you keep respectful distance. Again so much smarter than many human beings who have nasty habits of acting agressively in case they might be attacked for the wrong they have done already.
Posted by Doctors4Justice at 05:15 No comments: Links to this post

While UK is still in denial European Court of Justice decided that of course, neutral dress at work is perfectly decent demand to make of all employees. Wow! Yes, that simple.
http://curia.europa.eu/jcms/upload/docs/application/pdf/2017-03/cp170030en.pdf Posted by Doctors4Justice at 10:41 No comments: Links to this post 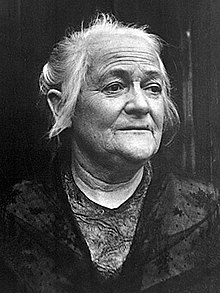 In some countries, like Russia, today is public holiday celebrated usually at least one day in advance for those who are working followed by more celebrations at home and with family and friends. Festive meals, gifts, champagne and other kind gestures from women to women and from men to women too. At work in Russia men give women gifts a day before, on 7th March. Usually, there is nice office celebration too. Champagne flows.

Political movement at the end of 19th century and the beginning of 20th rooted in labour movement demanded equality of opportunity for women. Clara Zetkin leader of Women's section in Social Democratic Party in Germany suggested 8th March as International Women's Day. Her proposal was accepted at the Second Working Women Conference in Copenhagen. Of the 100 women that attended there were three just elected to Finish Parliament.

Much inequality remains for many women all over the world. Doctors4Justice has asked today USA President to make this day public holiday for all in USA. http://www.politonline.ru/interpretation/22889476.html
Posted by Doctors4Justice at 11:49 No comments: Links to this post