General Medical Council and Blond doctor with a Brain Recently, GMC Fitness to Practice has reviewed
conditions on doctor's practice. It became apparent that doctor although blond had brains. In order to send a clear message to medical profession GMC decided to erase doctor from medical register.

Meanwhile, BMA's Ethnic face of the Day, Professor S was busy making statement on ethnicity of doctors and unfairness of GMC decisions having never helped when asked on numerous occasions.

Professor S from BMA supported previous Chief Medical Officer who led onslaught on locum doctors the majority of whom are of minority ethnic origin.

Now GMC has Brown Sahibs at its disposal to act in the final stages of constructive erasure of women and men of ethnic minority groups so why would BMA complain about this form of racism? They could not manages even simpler forms of racism.

After spending 841K on research into ethnicity GMC will spend more next year.

Translation: Madam, all of us understand you, but have you got a referral?
Posted by Doctors4Justice at 16:29 1 comment: Links to this post

Email ThisBlogThis!Share to TwitterShare to FacebookShare to Pinterest
Labels: GMC and Blond doctor

GMC and men afraid of the dark 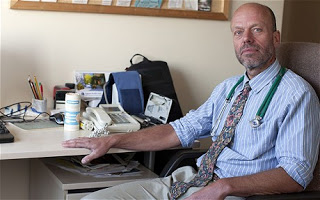 Recently, yet another doctor has transgressed the boundaries of professional behavior by allegedly using religion as a way to help his patients.

Of course, almost all of us know that prayer does not work from expensive experimental evidence. Some even know that God does not exist.

However, it is too tiresome for many doctors and politicians to think about it or to read the nasty bits of their religious texts and then act responsibly by putting religion into private sphere of life. But UK is not about social justice. It is all about pretending to be all things to all people of the world best suited to British rule. By supporting religious diversity in place of work/public institutions one does encounter problems with boundaries as in the case of Dr Scott and others.

Science and faith do not see eye to eye. However, medical regulator is not about facts but power, so Dr Scott is perfectly safe in the fatherly arms of his regulator. He is just the perfect fit for them. A man who can be trusted to keep the status quo.

Christian Medical Fellowship members-doctors allegedly do not like how GMC handled this case of Dr Scott. Where have they all been when thousands of doctors in UK have been needlessly persecuted by the religious Labour Government with eager help of GMC? Praying? Doing Alpha Course?


Religion and nationalism are linked: for many people their religion is the same as their national identity. No wonder so many doctors from ethnic minorities were excluded from GMC register. GMC spent £841 000 on various studies of its work but did not manage to get the ethnicity of the doctors on their register so purposefully impairing monitoring of its work. Again Dr Scott, presumably has nothing to fear having been born in the acceptable place.

GMC is faith biased institution with Bible firmly placed on its webpage. GMC refused to disclose whose idea it was to put Bible on their webpage when I asked them. And this is so GMC. One minute religion is a private matter (reason given for non-disclosure) and the next it is so public that they put religious book on their webpage! The double standard is all over the place.

Dr Scott, pictured above has absolutely nothing to fear. Does he not believe that God is on his side, all powerful and all knowing? GMC likes nothing better than patriarchal religions, oppression of women, religious women and men to sit on their fitness to practice hearings and above all fantasies about their limitless power. An all powerful God has a strong appeal at GMC.

Christian Medical Fellowship which allegedly supports Dr Scott has acted against patients' interests for a very long time now. One of their secretaries Dr Andrew Fergusson sat at GMC Council and also Fitness to Practice hearings where he was enabled by the rest of the gang to put religion first and not patients. He has practiced exorcism through simple prayer in his NHS surgery for his patient's headache, shivered violently and felt something cold skid across the floor. GMC always loved Dr Fergusson and could not care less about the patients. They never took any action against Dr Fergusson to the best of my knowledge.

It is always power that comes first at GMC who are firmly committed to opposing progress with any trick they can think off. Using Dr Scott is one of those tricks. Dr Fergusson suffered nothing for his transgressions of good medical practice. Dr Scott is just a bit of a show case.

Dr Pratt on the other hand who was a woman was suspended by GMC briefly. GMC's barrister (Ms Norton) in that case did not attend the hearing. Ms Norton is married to a vicar (very acceptable kind of woman, therefore). CLICK here to read a bit about Dr Pratt's case.

When petition signed by doctors, public and lawyers opposing wearing of religious uniforms when working with mentally ill was sent by email to Mr Niall Dickson, Chief Executive of GMC he refused to forward it to Ethics Committee.

GMC firmly supported religious doctors who ganged up against the doctor who raised the objections to the wearing of religious uniforms and helped them erase the doctor from the register. This is done by placing religious members on the fitness to practice panels. GMC can trust religious lot as they are into higher authority than themselves. So, if GMC barristers tell them authoritatively what to do, they get the message, plus the lack of critical thinking in approach to the evidence and GMC has its way as it wishes.

Click HERE to read the petition sent to GMC.
Posted by Doctors4Justice at 04:55 No comments: Links to this post

Email ThisBlogThis!Share to TwitterShare to FacebookShare to Pinterest
Labels: GMC and http://www.blogger.com/img/blank.gifmen afraid of the dark 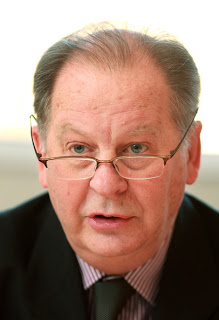 Recently Sir Ian Kennedy who was in charge of Healthcare Commission gave evidence at Mid Staffordshire inquiry trying to justify his censorship of the report which showed excess death rates in patients (anywhere between 300-1200 people) at Mid Staffordshire NHS Foundation Trust. The report and the figures were eventually leaked in 2009.

Now in 2011 questions are answered from the comfort of the retirement, presumably.

In one of Healthcare Commission report there was eventually, mention of maternity unit at Northwick Park Hospital with mothers's high mortality rates (five times national average) and problems with hygiene. Out of emergency measures that unit quickly was taken out and three more deaths followed including one of their own staff.

Mental health services at Northwick Park Hospital, interestingly, also had longstanding problems like high suicide rates as well as persecution of a whistleblower.....These are not in any report by Healthcare Commission.

Newspapers reported on elderly being tied up to chairs etc click HERE to read more.

We are not aware that Dr Peter Jefferys (ex Medical Director of Mental Health Unit and one of General Medical Council Fitness to Practice Panelists and Consultant in Psychiatry of Elderly reported the abuse of the elderly patients to any regulator, although he has been known to complain about professionals when there was no legitimate reason to do so other than fear for his own reputation.

Sir Ian Kennedy also worked at General Medical Council for nine years. Click on his photograph to read his cv,
Posted by Doctors4Justice at 11:45 3 comments: Links to this post