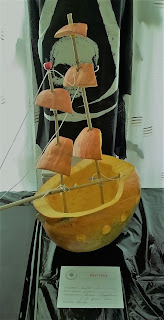 This Pumpkin carving has won the first prize today at a Gardener's show.

It is cocaine free unlike some now ex- British sailors on board nuclear submarine. as reported by Daily Mail.

One of the symptoms of cocaine withdrawal is paranoia and when close to nuclear weapons it is really a dangerous combination.
Posted by Doctors4Justice at 10:50 No comments: Links to this post

Russia rehabilitated 10 millions of politically opressed people and England none

During British Labour Government led by Rt. Hon. Anthony Blair there was much persecution of professionals led by the religious fanatics seeking power and domination.


When the previous Pope urged Catholics to engage in administration of the country by seeking jobs in  the state institutions, many did just that. The General Medical Council, regulator of medical profession,  employed the head of panel formation rumoured to be a member of Opus Dei. Doctors were nicely stitched up when she gave well paying jobs on Fitness to Practise Panels to the religious workers. Good medical practice did not matter but the power of the church. Women doctors could not expect a sympathetic ear from women  panellists during disciplinary hearings who were already heavily committed to patriarchal domination.

Various provocations were made at places of work and professionals acting professionally became victimised and labelled as unprofessional, or quite simply, exposed as non-believers and leaders that should be removed. That was the start of the troubles often lasting decades.

For example, at a  multidisciplinary meeting with the medical consultant when management of patients was to be discussed and arranged, the lowest ranking (in terms of earnings and education) would bring invitations to a church social event for the fore front of the medical staff. Others unqualified to diagnose would make  medical diagnosis and even go as far as hiding patients from doctors.

All kinds of other boundaries were breached and those doctors who spoke against political oppression  were eliminated from their profession and had to flee the country if they could.

The religious bias in British government seems everlasting with MPs still praying before their parliamentary sessions. Yes, in 2017!!

Russia has rehabilitated 10 millions of politically oppressed people and England none as far as we know from Blair era.

Posted by Doctors4Justice at 12:21 No comments: Links to this post 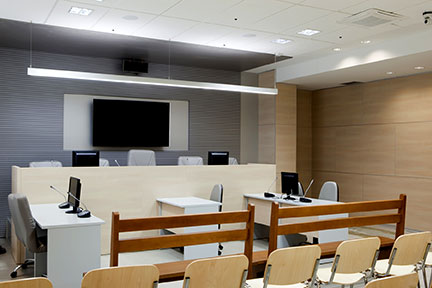 Doctors4Justice (D4J) have been campaigning for the creation of  the specialist High Court for Health.

This would, in our vision, deal with compensation to patients, in personal injury claims, deal with regulation of all health related professionals including social workers, pharmaceutical patents and matters arising around it.

Self-regulation of professionals does not work and many lives have been lost because of it.

We are aware of the defects in the functioning of today's High Court such as sexism (like in the lower tribunals) and other forms of prejudices.

It is extraordinary to see the difficulty judges have in assessing biases arising in the lower tribunals. Appeals are not successful to the High Court because of it.

There is a shocking amount of tolerance for individuals who have for example, slithered into Employment tribunals, General Medical Council and as many as possible regulators at the same time. There have been tribunal members who should  have been disciplined, but instead their contract has been repeatedly renewed. Bad, bad, bad.

Conflicts of Interest are not assessed even though a form declaring interests is completed by applicants who wish to sit on the tribunals. Sometimes, these forms are incomplete or there is failure to update them.

When there is negligence and malice on part of the tribunal member, regulators have absolutely no decency to deal with it. Such incredible whimpery bred through years of service has gone completely unchecked.

A quite ridiculous amount of problems exists in health regulation today. There is no video of the process and defendants or anyone else do not get audio recording at present, are not told for how long recordings are kept by tribunals, for example, MPTS (Medical Practitioners Tribunal Service). Outsiders are not given a free electronic copy of the transcripts. Press reporters write articles  of limited value rather than spend thousands of pounds on transcripts of the proceedings. Some journalists never attend the hearings but write about them as reporters of it.

There has been some progress over hundreds of years but there are always those who wish to subvert justice and even return it to the dark ages when professions were regulated by religious courts - church. For example, religious fanatics are free to destroy doctors at medical tribunals even today in UK.

HERE Azerbaijan judge demonstrates modern Information Technology in his court. The country is building a complex of over thirty courts all designed to be modern and well equiped with technology.

Meanwhile, England is so slow.

Recently, Ms Helen Hayes, Labour MP, asked in Parliament the current Health Minister Philip Dunne about the creation of the independent tribunal for all the professions as mentioned in Francis report.
His answer is on the link and it appears there are a number of stages to be overcome such as planned consultation about it.

Posted by Doctors4Justice at 18:19 No comments: Links to this post

Of course, we all know that trade deals exist between non EU countries. However, we are not aware just how capable is British Foreign Secretary when it comes to a good singing performance. You see, the standard of entertainment has been raised. Not that Boris fails to entertain HERE
https://www.bing.com/videos/search?q=boris+johnson+actor&view=detail∣=05E42A1430A620BA2E1605E42A1430A620BA2E16&FORM=VIRE

Recently Serbia and Turkey signed a number of deals. At the reception for Turkish President Erdogan Serbian Foreign Minister Dacic sang in Turkish. Actually, not badly, at all. Click HERE
https://www.rt.com/news/406405-serbia-fm-sings-erdogan/


AND HERE is a handsome Kazakh singer Dimash Kudaibergen performing in Russian. Great if you can sing along. Very tempting.


Could any PM do as well as Cristina Ramos HERE, please?

Highway to Hell by AC/DC
Posted by Doctors4Justice at 14:29 No comments: Links to this post


"The question every citizen of Serbia has for the European Union today is: How come that in the case of Catalonia the referendum on independence is not valid, while in the case of Kosovo secession is allowed even without a referendum," B92 quoted Vucic as saying during a news conference."
Posted by Doctors4Justice at 04:42 No comments: Links to this post