Wash your own pants, I don't want a rose I want revolution - International Women's Day - Many demonstrations and celebrations around the world "Casher wishes to go to the seaside" from demonstrations in Croatia stressing low wages for women, a recurrent problem all over the world 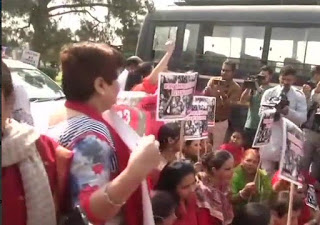 Spanish women stopped most of the trains countrywide and 5 million people joined the strike. Probably the biggest protest in the world Women march in central London, following in the footsteps of the suffragettes. Photograph: Ray Tang/Rex/Shutterstock in Guardian newspaper 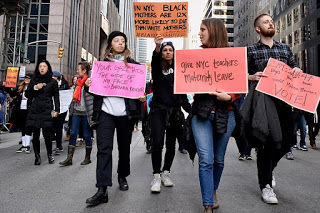 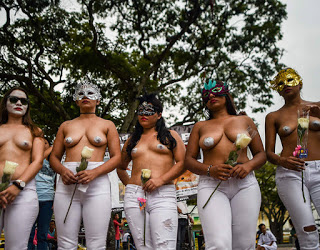 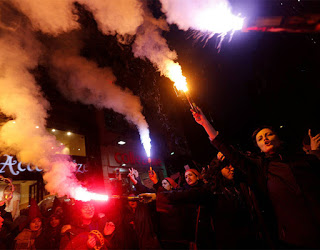 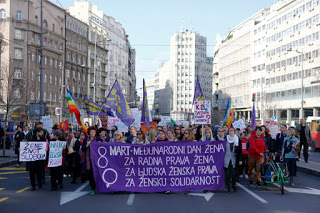 Many companies have offered large discounts to women in China, and  France. McDonalds inverted its trade marke to W.
In some countries women have either whole or part of the day off. In Belgrade, Serbia, a bus driver decided to change bus destination to: Happy 8th March. Some women wanted his phone number, men to photograph the bus. Iranian women could not have their demonstrations today as police were waiting for them ready to prevent expressions of protest. It is not known yet how many were arrested. Regime invented a date of birth of Fatima on 9th March as something they could be allowed to celebrate. May the ghost of Clara Zetkin visit them if they believe in such things.


More Here from The New York Times
Posted by Doctors4Justice at 16:47